I was wrong, the curing time was not enough to cure the resin totally, the resin was yellow because was not cured. I put it for few hours in the sun and became crystal clear, and got very hard.

The problem now is that increasing the curing time also increased the stickiness, so the acrylic base does not work... I need to find another material for this.

Meanwhile I will finish some other parts of the printer that are still pending. The program is 95% ready and it's amazing. I will share it later on.

Another important thing, the resin is clear and the light pass through and cures more than the layer it suppose to cure... so, there is no way we will produce a crystal clear object... but I am fine with that...

Also I am checking with Dymax if they can provide the resin with color.


Posted by Junior Veloso at 5:28 AM No comments:

1) I used curing time = 4 seconds, I think it was too much, the resin got too strong and start to stick on the acrylic. It became because of the over curing.

3) You need enough resin to cover at least the Tilt area. As it was my first test I used just 90ml of resin (economy mode.. hahahaha). It was big mistake, the bubbles start to appear and once they became big part of the layer the object broke because of the lack of the strength combined with over curing.

5) My thank is made by acrylic... works pretty fine and VERY cheap... comparing to the quartz I bought before (didn't work with quartz).

Many things that I will right later... but the method works and the resin is good for that.

Posted by Junior Veloso at 5:13 AM No comments:

INCREDIBLE!!!!!! I have just printed my first object on the 3d printer... still many things to adjust but the process works very well!!! 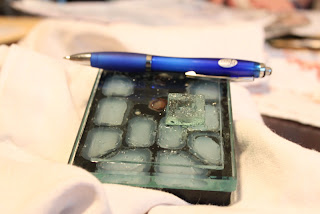 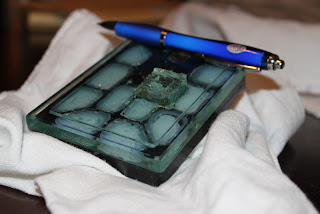 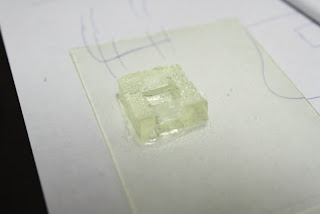 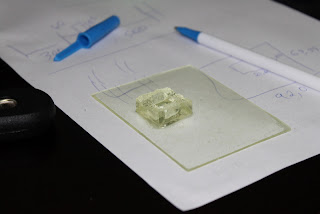 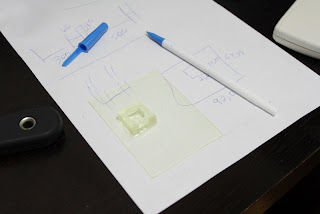 Posted by Junior Veloso at 4:54 AM

Just want to put some new pictures of the work I am doing... I will explain later on how everything works. 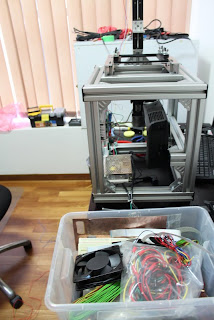 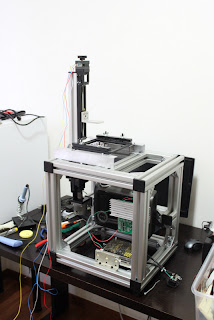 Posted by Junior Veloso at 4:48 AM No comments:

I have been dreaming about having a 3D Printer at home for many years, but the ones with good quality are not affordable and the low costs just deliver poor quality. Sounds crazy but I decided to build a high resolution 3D Printer by myself at home (people actually said that I was crazy and this was impossible). The funny thing I never saw this type of machines in real life, and still haven’t seen one besides the one I built.

Now that I succeed building the first prototype, the target is to bring this low cost 3D Printer to every home, so we are developing the first affordable one with high resolution.

I hope you enjoy our blog, follow us and you can have this printer in your home soon.